As promised, Barack Hussein Obama is doing his best to make America respected in the world once more.

As Americans, we can all hold our heads high thanks to the gallant efforts of B.H.O. to advance our standing in the world. I know I’m proud. 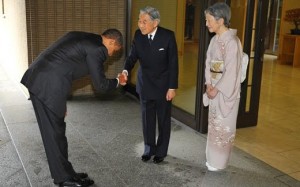 3 thoughts on “Proud to be an American”